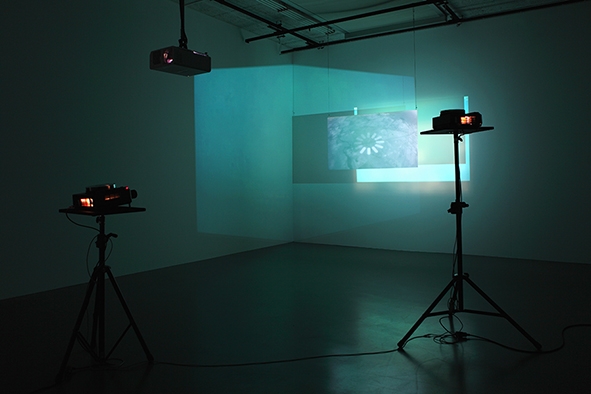 Ictal Asynchronous Progress is a multilayered merging of sequences and media. An infamous 6 second clip from the Japanese animated series Pokemon, that reportedly induced epileptic seizures in over 600 of its viewers when it was broadcast in 1997, is combined with a continuously looped video of a skydiver suffering from a seizure whilst in free fall.

The intermittent flashes of bright red, purple, pink and blue that clashed with the bodies of the susceptible members of its audience, rendering them in a temporary state of oblivion and distortion, are distilled into single frames, converted into sets of analogue slides and presented on synchronised carousel projectors.